skip to main | skip to sidebar

Ya know I wish I could say that my sinuses were all fixed up and I'm feeling great... especially since in my last post over 2 months ago I was told they were getting me the "next available" appointment to see an ENT, but apparently ENT docs are very busy people!

I finally got in to see the the ENT November 4th! After looking at my ct scan the first thing he said was "I'm gonna cut the bullcrap, your sinuses are $h!t!" (haha yeah and the first thing J could say was "I like this guy") But then he proceeded to let on like it wasn't really that bad. Apparently I'm in the 30% of people that do not have sinuses in their forehead. Which is great news! I always wondered why my forehead never hurt when I had a sinus infection (not complaining). Also my sinuses right behind my eyes look completely clear so he won't have to mess around back there (because there is a slight risk of having vision problems after). But my sinuses in my cheeks look pretty bad. He said it didn't look like there was much puss in there, they're just swollen (he said I had a mild infection) so he doesn't think he needs to go in and medicate them everyday.
If it was up to him I would come in that day, have the procedure, and leave. But since I have cf and my clinic usually wants their cfers to do a course of IV's I will be admitted to the hospital November 29th get blasted with some IV antibiotics and have the surgery on the 1st. Probably leave that day or the day after and finish my 2 weeks of IVs at home.

The part that worry's me is that he mentioned breaking 2 little bones that I "probably won't feel" then put the plastic tubey things in. I'm not too hip on having bones in my nose broke... or any bones for that matter. Also I get to see alot of him. I have to go back a week after, then 2 weeks, then a month, and "eventually" I can schedule visits along with my cf appointments. I live a long way away from Lexington so I'm not looking forward to running back and forth so much. I mean gas pretty freaking expensive and I NEED Christmas money as it is.

Honestly though I can't believe I will have had to wait 3 months for a sinus surgery!
Posted by Misha at 11:55 AM

Misha
....My name's Misha. I'm 24 and the mother of an almost 2 year old little girl. I also have cystic fibrosis. Thankfully I'm pretty healthy most of the time. I was diagnosed at age 6 and have so far never been hospitalized for my cf, but being a cfer I know it is unavoidable at some point. I know God has kept me safe and healthy all these years, and has truly blessed my life.

♥singulair
1 daily or as needed

♥zyrtec
1 daily or as needed 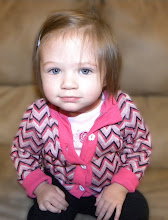 My little drama queen. And the most amazing little girl. She's my life. 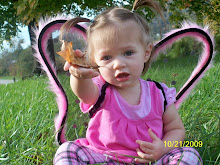 "You want the leaf mommy?" l